One of the finest and most completely equippedplayhouses in New England.

The Zeiterion’s story starts long before it saw the likes of Bernadette Peters, Whoopie Goldberg, Jay Leno, YoYo Ma, Peter Frampton, or Alvin Ailey Dance. It begins on April 2, 1923, when New Bedford opened its last new theater in the city’s downtown area. The city was once the richest in the world, and it was already home to two dozen dazzling theaters.

Barney Zeitz and his brothers envisioned the biggest and best theater in New Bedford. A “palace for the people,” as he called it, for live vaudeville performances. Designed by Frank Leary and Frank Walker, the two-story tapestry brick building is an adaption of the Georgian Revival style. Inside, décor included marble-columned walls, the Zeitz family “Z” shield accentuating the proscenium, silk tapestry on the walls, a frieze of gold leaf Grecian dancing muses, a large oval sunset scene on the ceiling, an orchestra rail of solid gum wood, and a $7,000 cut glass Czechoslovakian chandelier. The total project cost more than $12 million in today’s dollars. 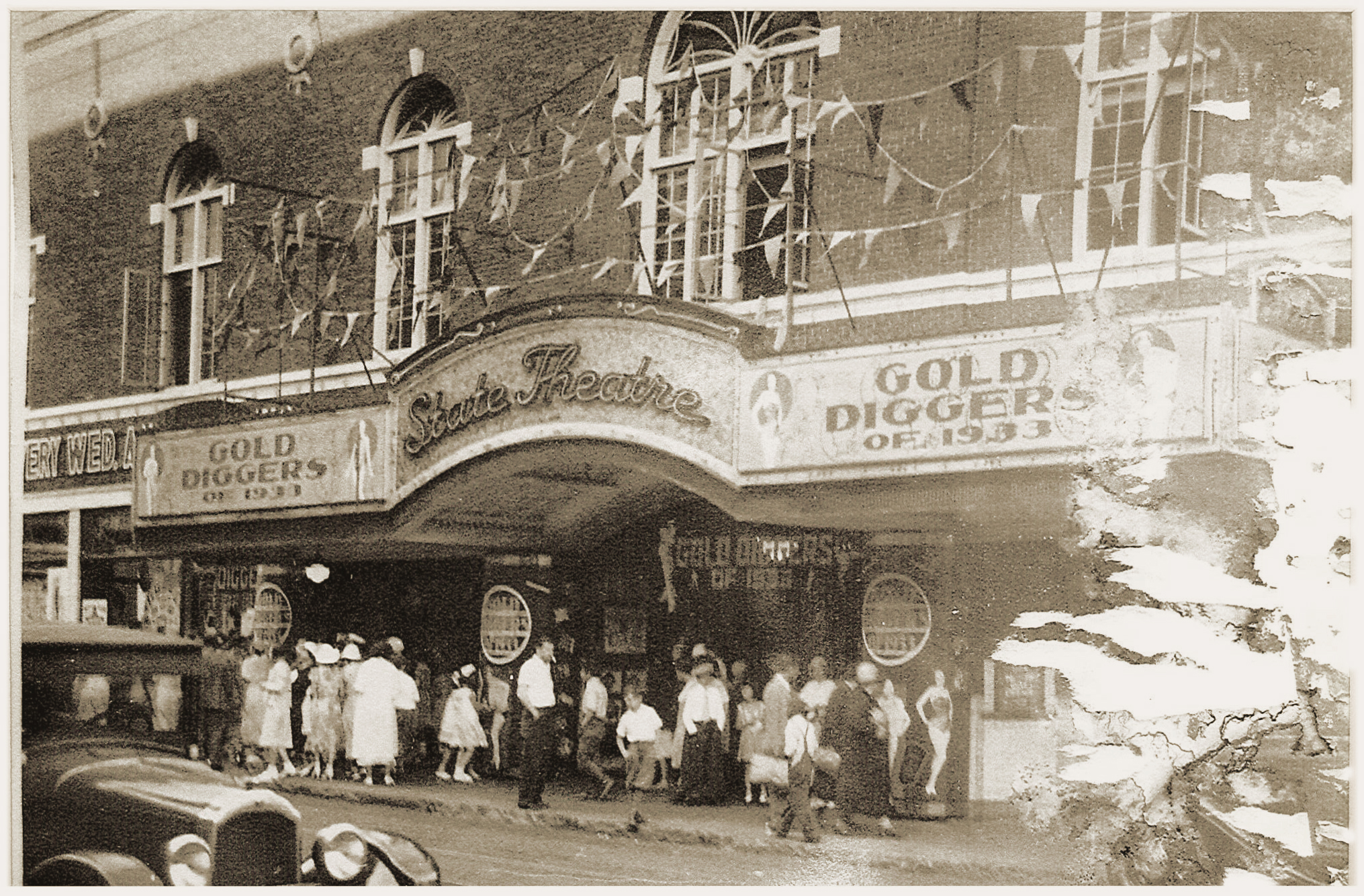 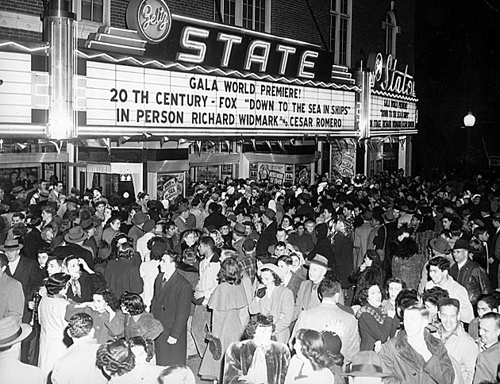 It opened with “Troubles of 1922” starring and written by George Jessel, but the theater was not met with immediate success. By the end of September 1923, it re-opened as The State, a silent movie house, for the New England premiere of D. W. Griffith’s “The White Rose.” It then became a movie house, showing “talkies” and the occasional live performance. Five world premieres were held at The State, including its most notable – the 1956 opening of “Moby Dick,” with Gregory Peck in attendance.

In 1971, The State was modernized for the next generation. The marble walls were covered with wood paneling, chandeliers in the lobby were removed, contemporary rocking seats were installed, and black paint replaced the original color scheme of ivory and old rose. Just a decade later, an economic downturn hit New Bedford and the building was at risk to be demolished. 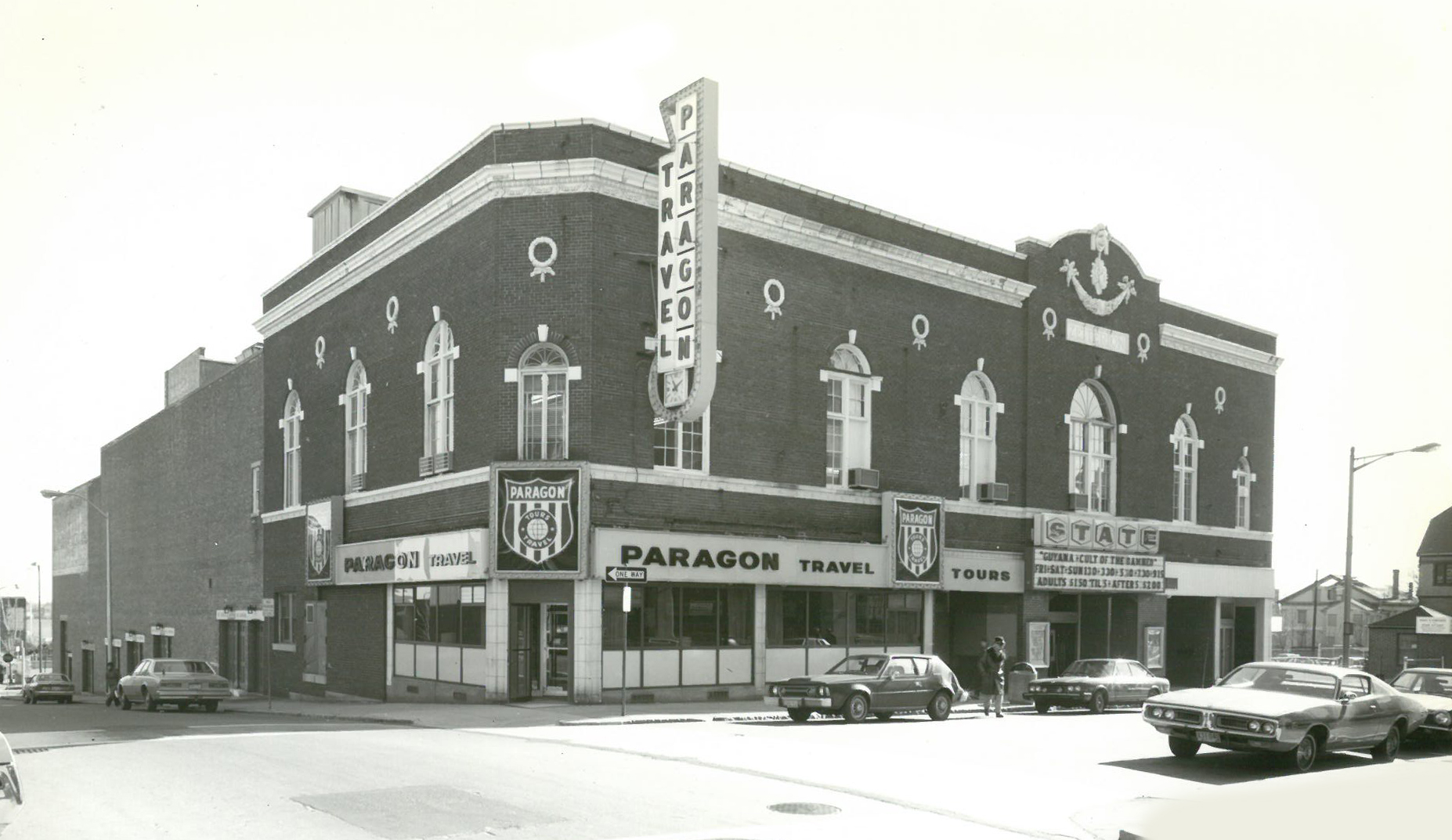 A theater is like a really complicated magic machine that transports people and takes them to places that they’ve never been before. 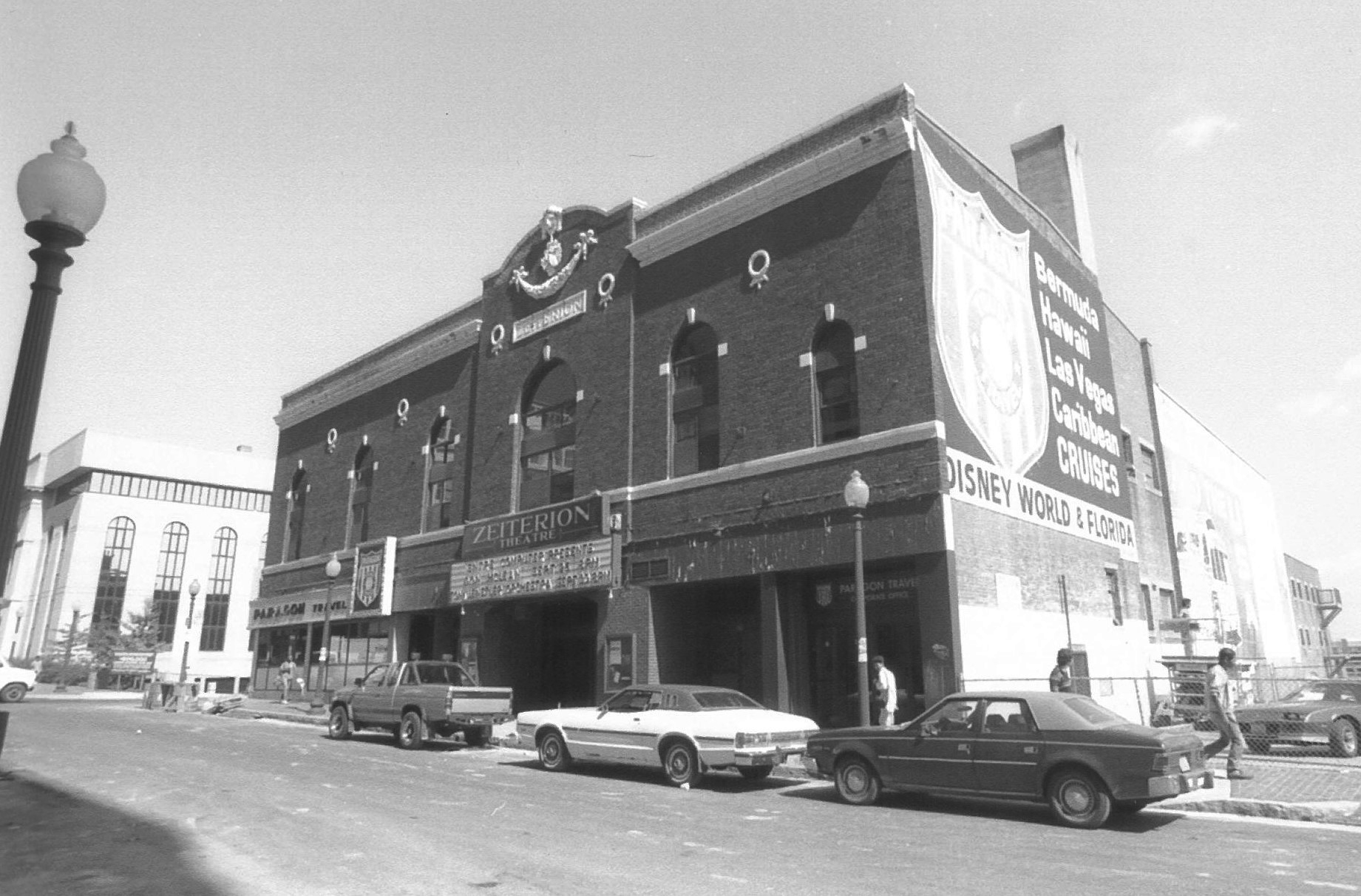 John Bullard, Sarah Delano, and other visionaries recognized the historic and cultural value of the theater and saved it from the wrecking ball. On December 31, 1981, the Penler Brothers of Paragon Travel donated the theater portion of the building to the Waterfront Historic Area League (WHALE) who provided $200,000 for the first phase of restoration.

Thanks to the dedication of many, the Zeiterion was ultimately restored to its original grandeur. The original Czechoslovakian chandelier was discovered in Rhode Island and returned. The Z’s Mighty Wurlitzer Organ was rehabilitated. Each frieze repaired so the muses could dance around the ceiling once again. The project was a challenge to complete, and some corners were cut, including second-hand seats in three different sizes.

WHALE transferred title of the theater to the City of New Bedford, and a non-profit organization, Zeiterion Theatre, Inc., was created to not only to maintain and care for the building, but to bring its stage to life. The Zeiterion held its reopening gala on September 25, 1982, starring Shirley Jones, who is just one of the many stars to grace its historic stage. 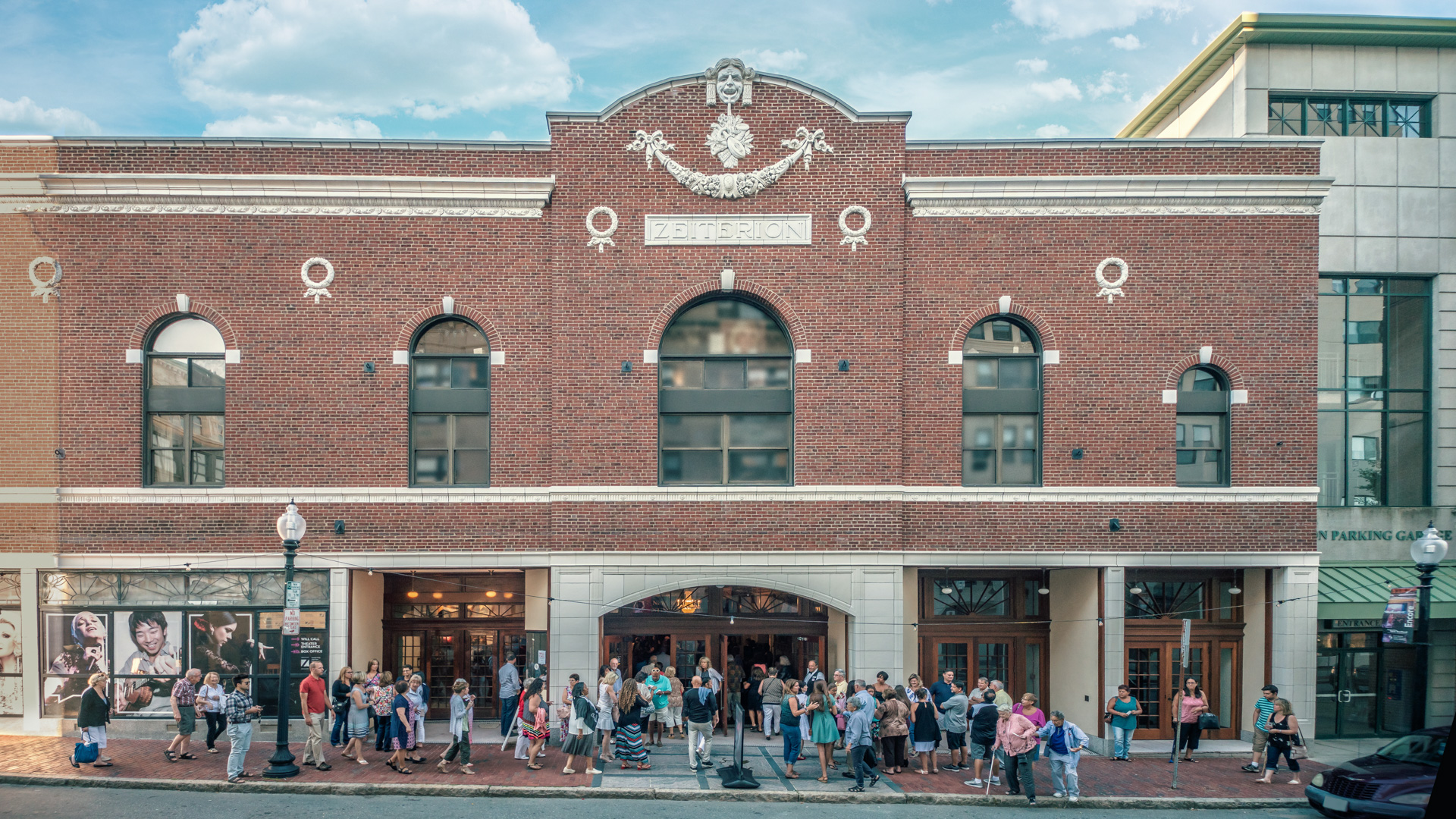 Decades later, the work continues for the aging building. In 2014, it underwent a $1.1 million restoration of its façade. This included repointing the brick façade, repair of three banks of doors with beautiful mill work, and renovation of the original architectural white terra cotta trim.

Beyond aesthetics, the building holds a special place in the community. It is home to so many fond memories – and has been for nearly a century. For those attended the premiere of “Moby Dick,” saw Shirley Jones in concert, visited during a school field trip or danced in a recital on its historic stage. It has been a gathering place for family, friends, and neighbors who come together to experience the power of the performing arts.

In its nearly 40-year history, the Zeiterion has become Southcoast Massachusetts’ premiere performing arts center. Along with resident companies New Bedford Symphony Orchestra and New Bedford Festival Theatre, it offers the best in live entertainment: musicals to plays, rock to symphony, comedy to dance. And when these performances were paused during the Covid-19 pandemic, the Zeiterion survived thanks to its community, which helped to keep the lights on during devastating financial loss. It’s with the support of its patrons, members, donors and sponsors that drives the organization to dream big like the Zeitz brothers in hopes of inspiring the next generation to come.

The Zeiterion is our region’s premiere performing artscenter, one of the most important cultural institutions in New Bedford, and amajor economic driver for our downtown.