The Zeiterion is a storied, historic theater filled with charm. While we treasure its unique features, there are some variations, like seating. The theater opened in 1981 with second-hand seats in three different sizes, which is why our seats vary in size, ranging from 16 to 18 inches wide and 18 inches deep, with leg room ranging from 13 to 18 inches.

There are 30 rows from front to back with no balcony. These rows are separated into four sections, Left, Left Center, Right Center and Right. The seats in rows N-EE in the two center sections are slightly larger, sit lower to the floor, rock slightly and have a bit more leg room. If you have specific questions, the box office is happy to offer guidance on the best seat for you.

The Zeiterion seating chart follows the theater tradition of numbering seats by odd and even numbers. The right side of the house is organized by even numbers and the left side by odd numbers. For example, if you have tickets with seats 2 and 4, your party is seated together.

Patrons in need of accessible and companion seating can purchase online, in person or by phone.

When Barney Zeitz set out to build “a palace for the people” in 1923, he utilized the finest materials of the time. Thankfully, much of this original glory remains today, thanks to preservation and restoration.

The interior of the Zeiterion, as we know it today, was revealed in December 1981. The building had just been saved from a wrecking ball by the Waterfront Historic Area League (WHALE), and ownership was transferred to The City of New Bedford. The non-profit Zeiterion Theatre, Inc. was created to bring its stage to life and to maintain and care for the property, which is still the arrangement today.

Beyond the lobby’s Italian marble walls awaits an impressive auditorium that regularly receives “oohs” and “aahs” from audiences. The interior is Infused with historical charm, as the details have been either maintained or honored. For example, once ivory and old rose, the color scheme is now gold and rose, with replicated silk tapestry panels.

Overhead is the unique art that adds true character to this historic theater. First, the ceiling’s sunset scene set in a large oval just in front of the proscenium arch. It centers on a water fountain with striking blue sky in the background, nestled in greenery. Next is the frieze ornamented with Grecian dancing figures, known as muses, in gold leaf upon a hard plaster surface. These muses perform a dance sequence, one step at a time, all the way around the theater. Though restored, the pieces maintain their original integrity.

Restoration of the auditorium also includes the stage area, and its original color palette was determined by analyzing the existing paint. The stencil on the gold leaf of the proscenium arch was also restored along with the gold leaf plaster ornamentation. The original orchestra rail of solid gumwood remains.

The star of the theater’s interior décor is the stunning Czechoslovakian chandelier suspended from the center. Imported from Russia in the early 1920s for what was then $7,000, it is approximately 16 ft high and 10 ft wide. During an attempt at modernizing the theater in 1971, the chandelier was removed, along with many other opulent details. Thankfully, during the restoration in the 1980s, it was recovered from a Newport, RI, residence and returned to its home where its luminescent splendor is enjoyed today.

Interested in learning more about how the Zeiterion withstood many changes in the building’s nearly 100 years? Discover more about the theater’s fascinating history here.

In September of 1923, a Wurlitzer Theatre Pipe Organ, Style F Orchestra Unit to be exact, was delivered to accompany silent films in New Bedford’s newest theater. It was in service until the introduction of sound films. Sadly, it then sat in the orchestra pit in silence until the late 1970s.

The Wurlitzer was rescued from neglect when it was purchased and removed by a member of a local organ society for installation in his home. Unfortunately, he passed away before the instrument could be totally installed. Enter Ken Duffie of New Bedford. He arranged for the donation of the Wurlitzer back to the Zeiterion. Through his hard work and perseverance, the organ was totally rebuilt and reinstalled in its original home.

The organ uses many of the orchestral sounds available from the instrument, along with a large variety of sound effects. It’s now controlled by a larger three manual (keyboard) console adding to the instrument’s versatility. Behind the theater walls, tall organ pipes and actual instruments activated by the organ’s different keys, tabs and foot pedals. In addition to the pipes, there are 37-note tubular chimes, a glockenspiel, and a 30-note xylophone.

The Wurlitzer is used mostly during Schooltime shows, entertaining more than 20,000 children each year. It is also used before select shows and, once or twice a year, the organ fulfills its original role as accompaniment for silent films.

Since the Zeiterion opened in 1981, The Wurlitzer has been owned and maintained by the Eastern Massachusetts Chapter of the American Theatre Organ Society (EMCATOS). It is one of five theater organs in Massachusetts open to public, and it is played by volunteer organists at no charge to the Zeiterion. Thanks to the dedication and generosity of EMCATOS, The Z's Mighty Wurlitzer continues to make music for all the Southcoast to enjoy! 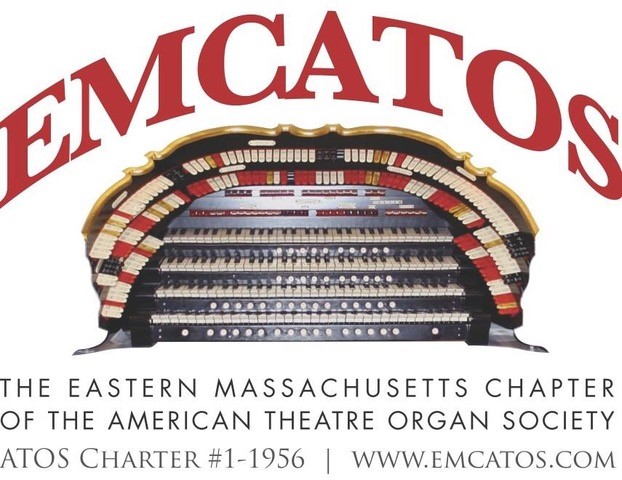