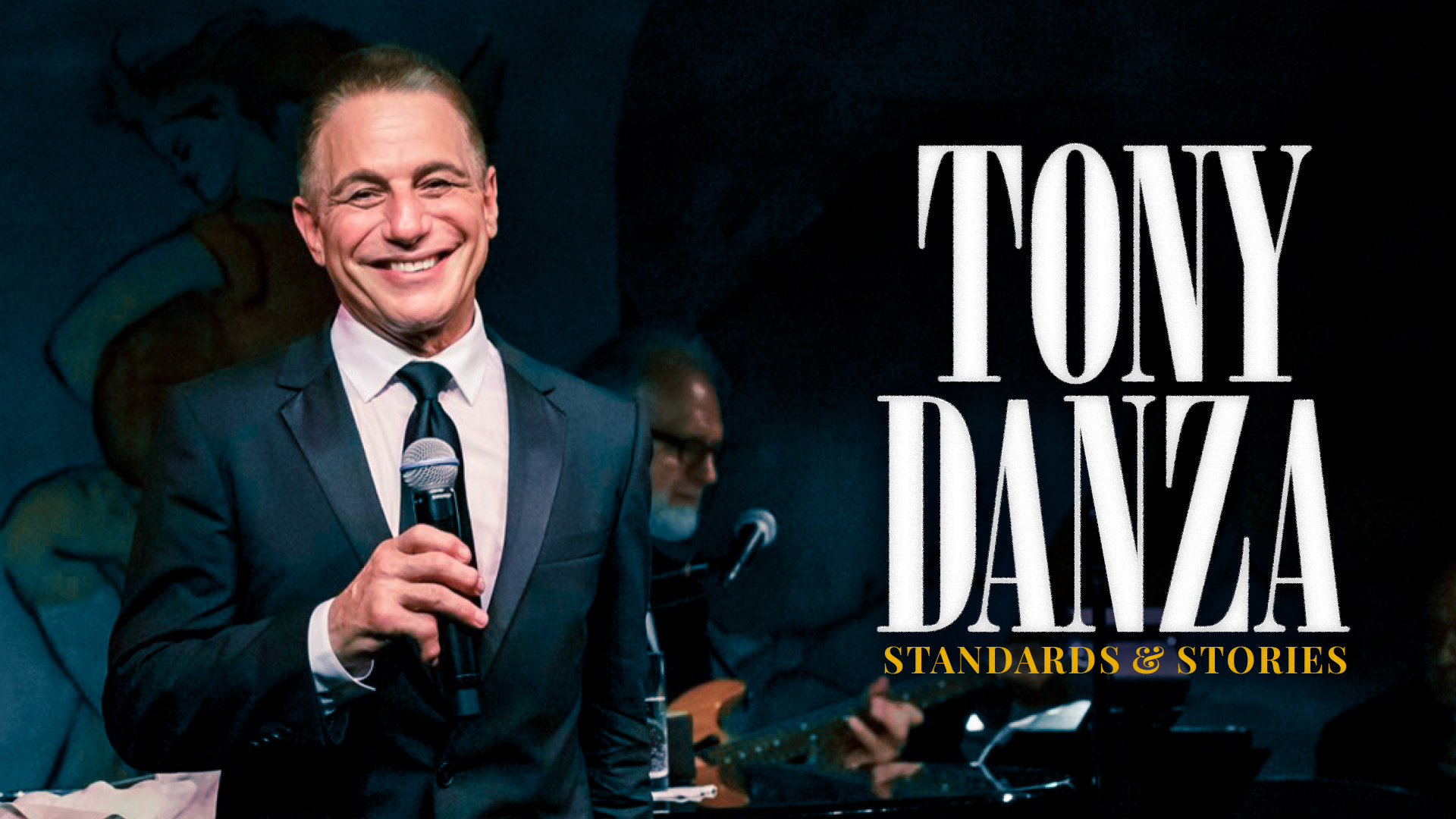 Tony Danza and his four-piece band are bringing their hit live show, Standards & Stories, to the Zeiterion for the first time and making their debut in New Bedford!

Combining timeless music with wit, charm, storytelling, and a dash of soft shoe and ukulele performances, Tony performs a selection of his favorite standards from the Great American Songbook while interweaving stories about his life and personal connection to the music.

The hit live show has entertained audiences around the country with The New York Times raving, “Tony’s a live wire who tap-dances, plays the ukulele, tells stories and radiates irresistible charm… He exudes the kind of charisma that can’t be taught!” Broadway World said, “His voice and showmanship is a welcome reminder of why the standards are just that-because they're timeless.”  “The man has TRUE stage presence like we don't see anymore. His singing voice is on par with any of the great performers of yesteryear or any year. Seeing Tony Danza on stage in your lifetime is a must," said Scott Spears.

Danza has been one of the worlds most beloved and iconic entertainers for over 40 years. Perhaps best known for his starring roles on two of television’s most cherished and long-running series, Taxi and Who’s The Boss, Tony has also starred in hit films such as Angels In Outfield, She’s Out of Control, Hollywood Knights, and Don Jon.  Well established as a song and dance man, Tony has also starred on Broadway in The Producers, A View from the Bridge, and most recently received rave reviews for his performance in the Broadway musical comedy, Honeymoon In Vegas, with the New York Times calling his performance “sly genius,” and a “career high”. He received an Emmy nomination for his guest spot on The Practice, and recently made a special guest appearance on Blue Bloods and Power Book III: Raising Kanan. Danza also has a much buzzed about Who’s the Boss sequel in the works, and co-stars in the upcoming 20th Century Fox feature film, Darby and the Dead.

Tony’s a live wire who tap-dances, plays the ukulele, tells stories and radiates irresistible charm… He exudes the kind of charisma that can’t be taught!