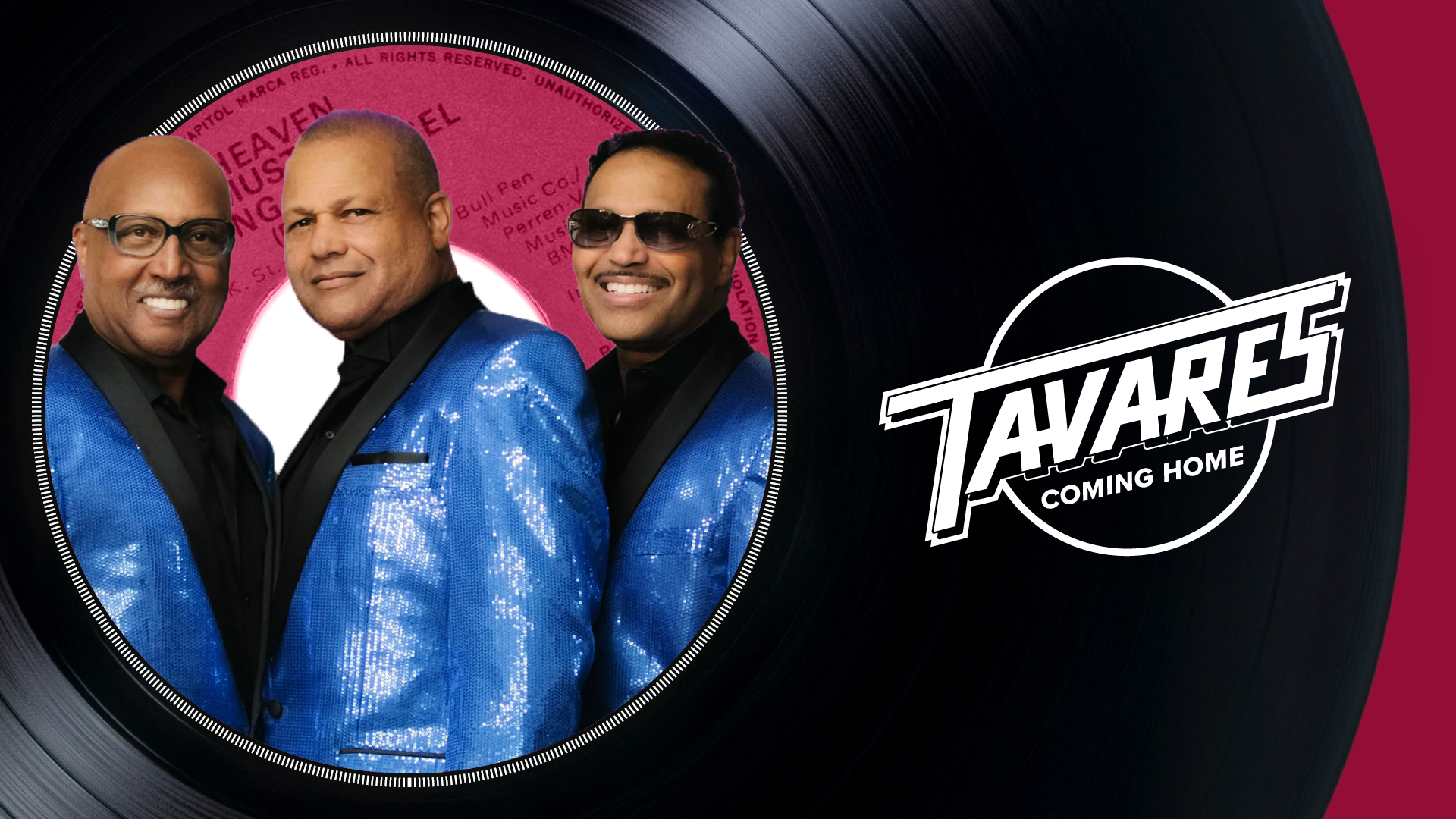 Grammy-winning R&B singing group Tavares – best known for their infectious sound and close harmony – return to New Bedford! They’ll perform their greatest hits, including “It Only Takes a Minute Girl,” “Heaven Must Be Missing an Angel,” “She’s Gone,” “More Than a Woman” (from the iconic soundtrack ‘Saturday Night Fever), and many more.

At the height of their career, Tavares composed of five Cape Verdean American brothers – Ralph, Chubby, Pooch, Butch and Tiny. They were one of the most heavily covered bands of the Disco era and sold tens of thousands of copies of their sheet music to club bands and budding musicians all over the world. Although most resources refer to Tavares as a New Bedford, Massachusetts band and it is well known that the family lived in southeastern Massachusetts at different times, it is equally well known that they spent a great deal of their early years in the Fox Point and South Providence neighborhoods of Providence.

The story of Tavares is the inspirational tale of a band of young brothers bound not only by blood, prodigious talent, and a rich musical legacy, but by a fierce determination to succeed in the music business. For more than two decades, the Tavares brothers were in the thick of it with the best and biggest of them. Along the way, they managed to place 8 singles on Billboard’s Top 40, 12 singles on the R&B Top 10 chart (including three #1 records), 3 Dance Chart hits (1 at #3 and 2 at #1), 10 hit albums, and won a Grammy for their work on the soundtrack to Saturday Night Fever, one of the best-selling albums of all time (recently certified at 15 times Platinum). Tavares toured the world in tandem with their peers and as headliners and performed dozens of times on television guesting on every major variety, talk and music program of the 1970s and 1980s. In 2006, they were inducted into the Cape Verdean Heritage Hall Of Fame.

Chubby, Tiny and Butch carry on the Tavares family tradition, as they continue to perform sold-out concerts around the world with no end in sight!

In partnership with the Cape Verdean Recognition Parade Committee.

Under $50
Music
No items found.